For more information on how to donate your collections to the National Library, Singapore, please check out Partner Us.

Its strength lies in the areas of history, politics, economics, socio-cultural development, and the arts. In addition to print publications, the National Collection also includes original and unpublished materials, both in physical and digital formats. These include manuscripts, typescripts, photographs, maps, microfilms, audio-visual materials, ephemera, registers, and records.

The National Collection is supported by the Legal Deposit, which requires two copies of every physical publication and one copy of every digital publication distributed in Singapore to be deposited.

Other parts of the National Collection include the rare materials in the Singapore and Southeast Asia collections, as well as donations offered to the library.

Singapore Collection
The Singapore Collection is a repository of the creative and intellectual output of Singapore with print works that span the diverse fields of literary and visual arts, business, social sciences and humanities. Of note are research materials on the social and economic policies of Singapore. These include government publications such as the official gazettes, parliamentary reports, select committee reports, transcripts of selected ministerial speeches, reports of government departments and ministries as well as master and concept plans. These resources address various aspects of national development such as urban planning, healthcare, education, economic strategy, population, tourism and public housing.

Southeast Asian Collection
The Southeast Asian Collection contains works on the region and works about the individual countries, with special focus on the Malay world, and ASEAN. Established in 1964 primarily as a reference and research collection, the Collection is a valuable source of materials for historical research, particularly for the nineteenth and twentieth centuries covering fiction, anthropology, religion, law, linguistics, the arts, social sciences, humanities, science and technology. Works on Indonesia and Malaysia form the majority in the collection which also covers works about other Southeast Asian countries: Brunei, Cambodia, Timor-Leste, Laos, Myanmar, the Philippines, Thailand and Vietnam.

The Southeast Asian Collection focuses on the following areas:

Donors' Collection
The donors’ collection comprises the personal collections of knowledgeable collectors and scholars who have systematically accumulated important publications over their years of study, or from people who hold heritage materials of value, such as manuscripts and photographs.

Examples of donated collections include:

The public may request for Reference Closed Access Collections (RCLOS) items online through the National Library Board’s catalogue. Walk-in requests may also be carried out at level 11 information counter between 10.00AM and 7.00PM.

Digital Access
For access to the digitised versions of selected materials including rare books, documents, Singapore and Malaya newspapers and photographs, please find out more from the National Library Online. 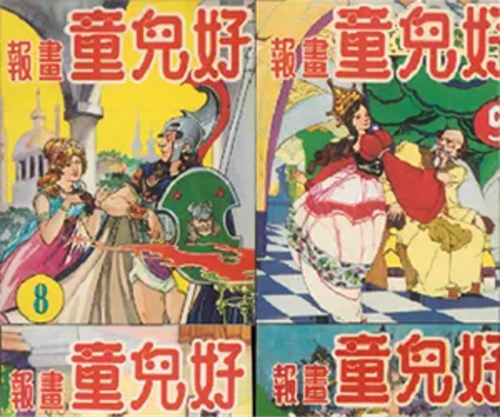 The Chou Sing Chu Collection comprises over 1,000 titles published by 38 companies of Popular bookstore between 1924 to 1989.

The publications are mainly in Chinese for children and young adults. Some of the popular titles include World Children (世界儿童), World Youth (世界少年), Nanyang Digest (南洋文摘) and Majallah Bahasa Kebangsaan (马来语月刊). These materials donated by Mr Yeo Oi Sang can also be found on our online platform.

For more photographs donated by the family of the late Mr Lee Kip Lin, please access our online platform of digitised photographs. 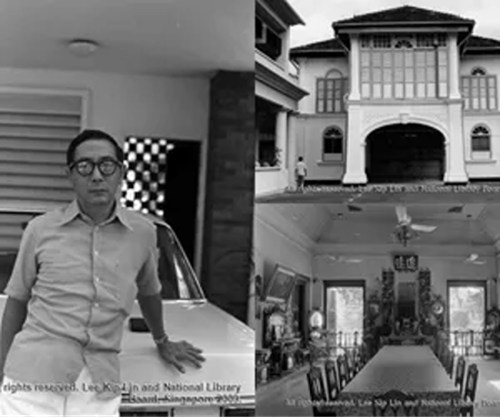 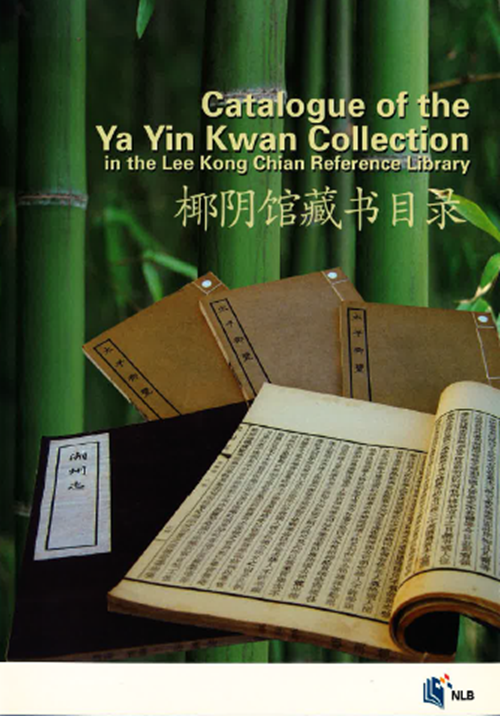 In July 1964, the late Mr Tan Yeok Seong, a historian of Southeast Asia, donated the Ya Yin Kwan collection which featured unique resources on overseas Chinese and Southeast Asia history, to the National Library. An interesting fact about this collection is that it was the first notable public donation of research value donated to the Library.

Koh Seow Chuan is one of the founders of the established local architecture firm, DP Architects, a well-known philatelist and a prominent heritage philanthropist. His first donation of historical documents was made to the National Library Board in 2006. For more than a decade, Mr Koh has donated more than 10,000 items to the National Library, ranging from legal and business documents, maps, hand-carried letters, artworks and books to pre-1900s photographs of Asia.

The documents form the core of this collection and is an important resource for researchers studying the social and business history of early Singapore. These primary materials help provide insights into the history of well-known trading and landed families, early pioneers and their family fortunes, the social history of the different ethnic communities in early Singapore and the structure of the Chinese diaspora in early Singapore. These include the business practices of Singapore’s Hadhrami Arabs and Chettiar money lenders through wills, lawsuits and power of attorney; the lives of Chinese migrant workers through remittance letters; and the regional network of Chinese business firm Eu Yan Sang through business records and receipts. 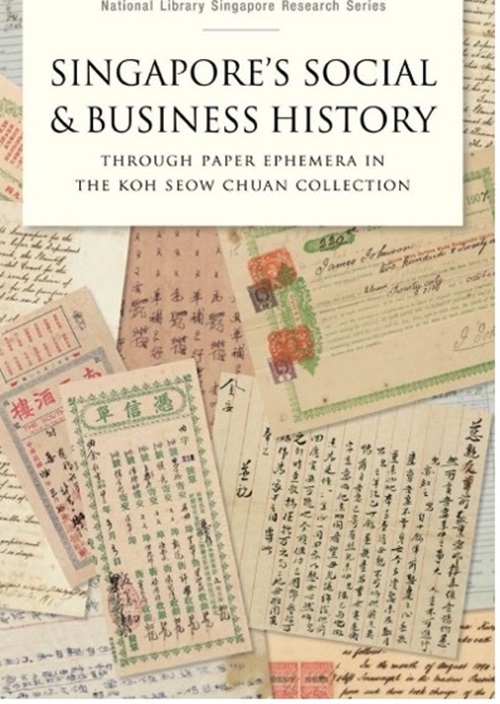